Martti Malmi and Satoshi Nakamoto, bitcoin's two initial developers, licensed and controlled bitcoin.org in August 2008. Then, Nakamoto quit the project and gave possession of their domain to other people who weren’t Bitcoin developers. This was done to spread the responsibility and deter any single person or party from quickly taking control of the project.

While it's enticing to accept the media's story claiming Satoshi Nakamoto's a lone, quixotic visionary who invented bitcoin from nothing, such breakthroughs rarely occur in isolation. All major scientific breakthroughs, regardless of how novel they seem, are based on prior study.

Hashcash and b-money, among other works, are cited in bitcoin's whitepaper. Many people behind the projects listed are rumoured to have played a role in bitcoin’s development, which is somewhat unsurprising.

There are several potential reasons for bitcoin's creator's decision to remain anonymous. The first is privacy. Since bitcoin has grown in popularity (now being a worldwide sensation), Satoshi Nakamoto will undoubtedly attract a lot of news and government interest.

Another explanation might be bitcoin's ability to challenge the existing monetary processes significantly. If bitcoin is widely used, it has the potential to overtake nations' centralised fiat currencies completely. This potential threat to the existing currencies could prompt policymakers to seek legal action toward bitcoin's founder.

The other explanation is that it’s safer. It's possible that only Satoshi and a few others were mining during 2009 and that they now own the bulk of the bitcoin. Since bitcoins have become less like securities and much more like currency. Anyone in control of so much bitcoin may become an easy target for thieves.

The secret keys used to approve spending may be printed and stashed under a bed. Although the bitcoin creator is likely to take steps to prevent any extortion-related transactions from being traced, staying anonymous is indeed an excellent way of Satoshi restricting his publicity.

Bitcoin is controlled by all bitcoin owners and users worldwide. Developers are working to improve the technology, but they can’t compel a modification in bitcoin's protocol rules, so users remain free to use whatever software they choose.

To remain compliant, both users must use software that follows the same set of rules. Therefore, bitcoin will only work properly if all users agree on everything. As a result, both developers and consumers have clear motivations to embrace and defend this agreement. 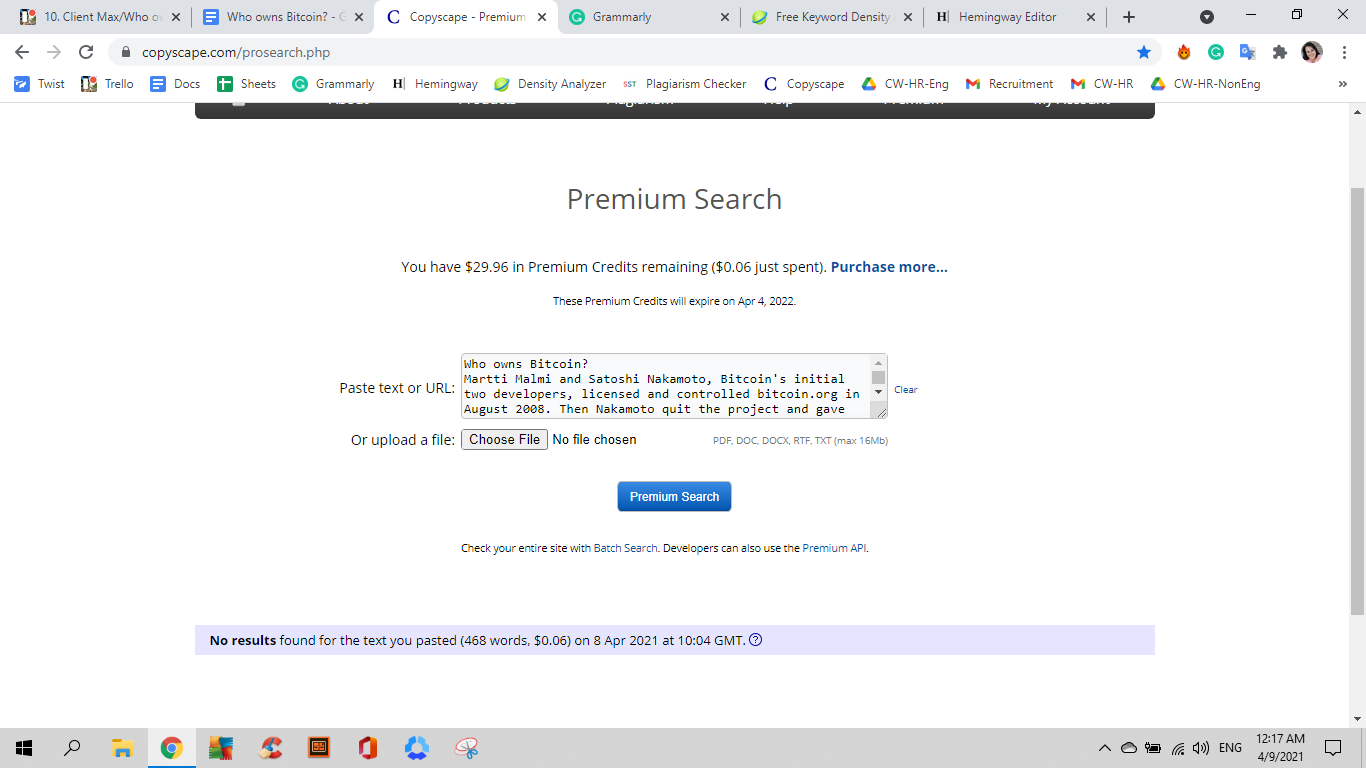 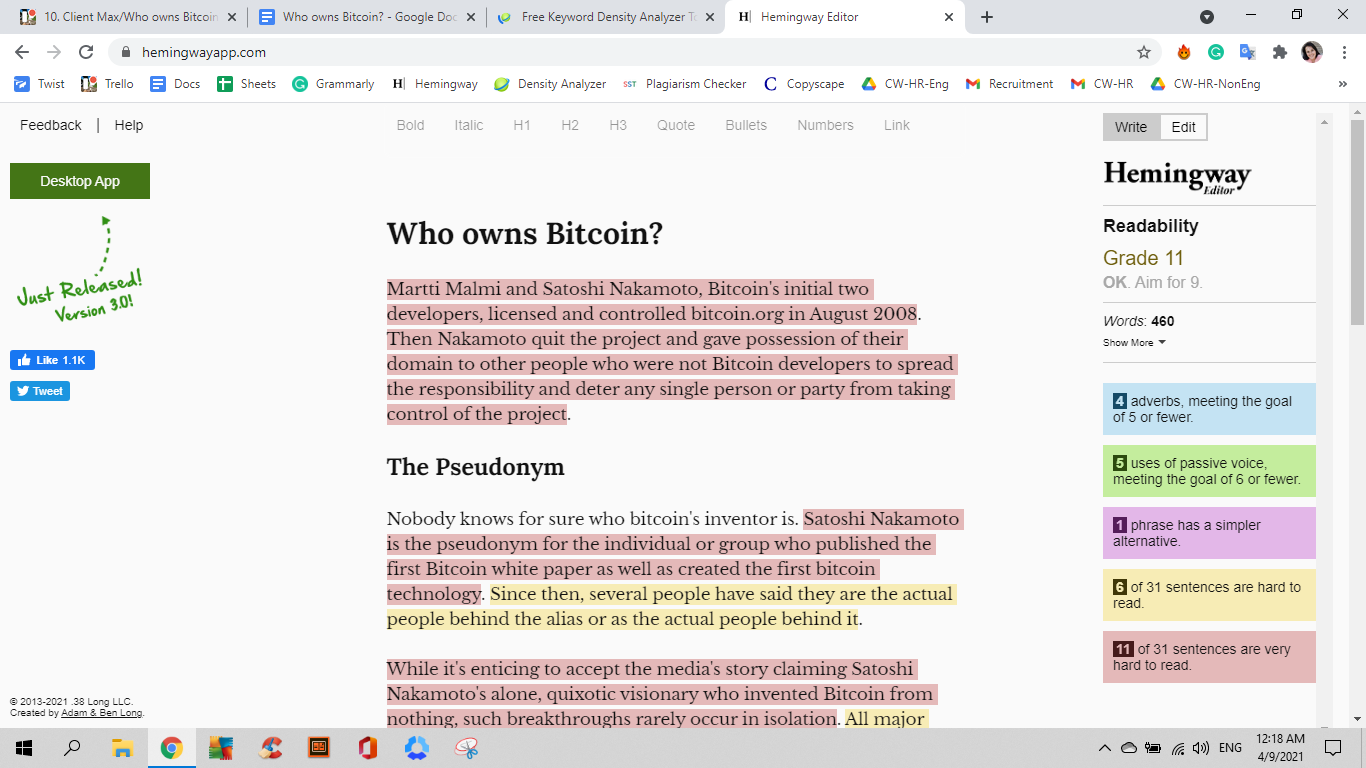 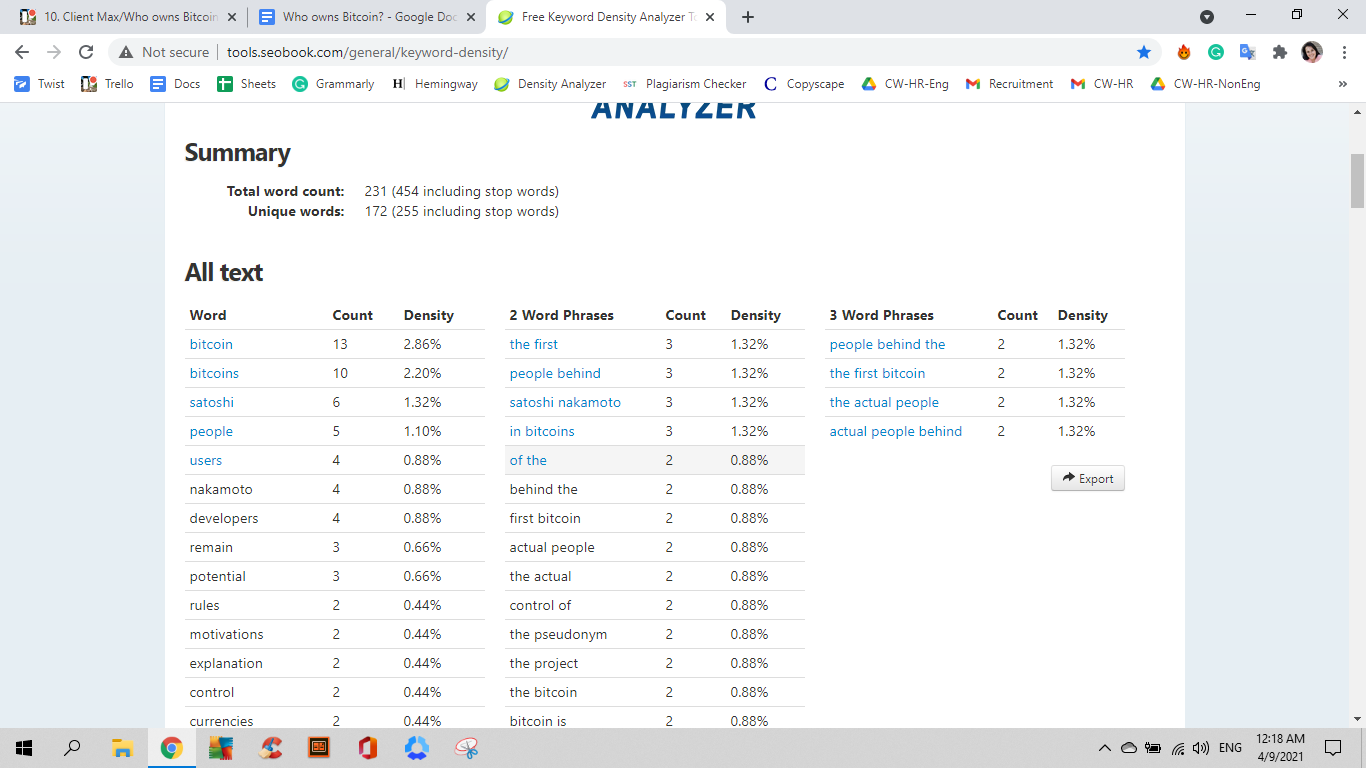 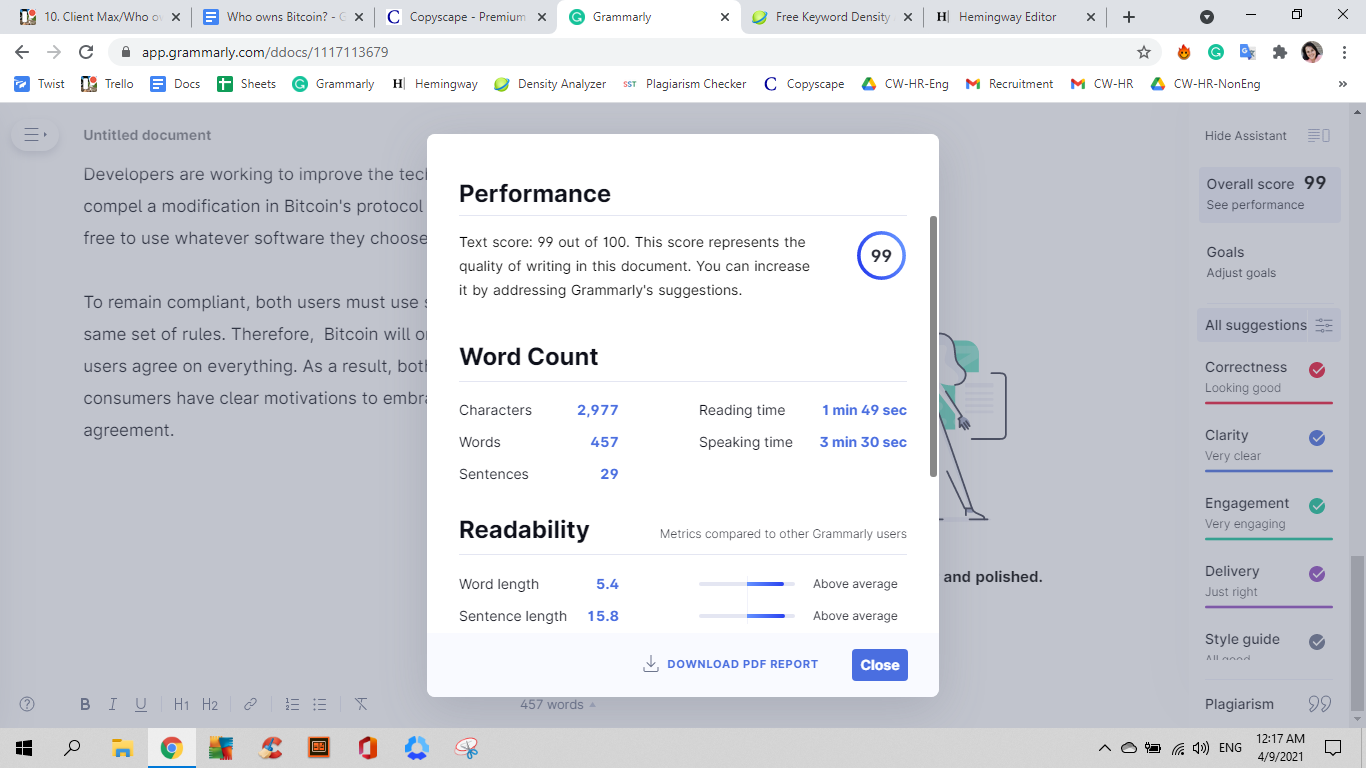 You need an account in order to star coins, keep track of your portfolio, set up alerts, vote on coins as well as use all the other advanced features.

We need your HELP!

For the last 58 months, we have enjoyed working relentlessly to build a service we feel the crypto community deserves. Your was and still is, our main fuel.

If you've enjoyed using Coinlib and want to help us turn it into a sustainable project, please help us spread the word!

Develop the skills of trading
from first steps to advanced strategies