You might just have finished wrapping your head around Bitcoin as being one of the world's most sought-after digital money, and what happens?

You hear of a new cryptocurrency popping up on the market every day, which can be pretty confusing when you are just about to start your crypto-investing journey. So let's remove the haziness around the new crypto on the block_PiCoin_ so you can invest your money with better knowledge. 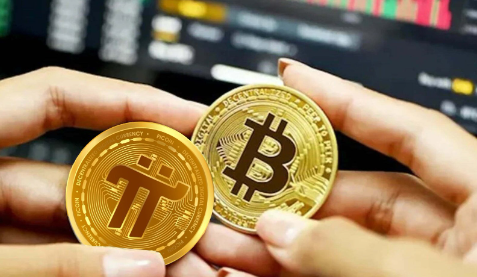 Mining cryptocurrency is a huge energy-consuming process, and the tech guys are always looking for ways to speed up this process, so you won't have to overload your GPUs. The Pi Network is an energy-friendly crypto network where you can mine Pi cryptocurrency with your smartphone.

Think of the Pi network as a gaming platform where you can have four characters and achieve prizes by participating.

Let's cover the four characters you can have in the Pi network:

You can participate in the Pi network as one character or all four; it's up to you.

Bitcoin has been a well-recognized cryptocurrency since its release in 2009, but PiCoin is relatively new since it's only been around for about four years (the initial release was in March 2019). But the Pi network must have something unique; otherwise, it wouldn't have attracted over 3.5 million users in under a year.

3 Things You Must Know About PiCoin

The whole point of the Pi network project was to make crypto mining as fast and efficient as possible without draining excessive energy; well, they succeeded. You can mine PiCoin using your phone's resources without consuming vast amounts of electricity.

The Pi cryptocurrency goes through the Stellar Consensus Protocol (SCP), which means every transaction on the Pi network is recorded and validated, limiting the risks and damages of fraudulent transactions.

At the moment, PiCoins have no price and cannot be bought or sold. There is no proof whether there'd be a blockchain to release or not, and for now, users can only mine PiCoins on the Pi network application.

You can only mine 21 million Bitcoins; oops, about 19 million Bitcoins are already mined. If you have Bitcoins in stock, good for you, you are somewhat wealthy, but if you are just starting to mine Bitcoin, there's not much left, and the competition is fierce.

Bitcoins are stored in your digital wallet, which only you can access with your private key. Also, Bitcoin trading is anonymous; your wallet address is the only visible but non-penetrable element. No government body can barge into your Bitcoin land and seize the goods, a fantastic feature of this top-notch cryptocurrency.

The Bitcoin network is trustworthy because your financial assets are properly validated before any trading or exchanges take place. All Bitcoin transactions are stored on a secure virtual block, and no one can delete or manipulate this information, eliminating the risks of fraud or corruption.

What is the difference between PiCoin and Bitcoin?

The most important difference between Bitcoin and PiCoin is that PiCoin is basically worthless at the moment. You can mine PiCoins, but they have no value, and you cannot buy anything with them, whereas with Bitcoin, you can actually purchase products or services.

You can pay your bills, make YouTube payments, or pay your travel expenses with Bitcoin. More and more companies and suppliers are accepting Bitcoin payments every year. For example, did you know that you can buy VPS with Bitcoin? Shocking, huh?

Clearly, PiCoin is nowhere near Bitcoin regarding value and usability, but who knows? Maybe the Pi network characters will eventually be able to reap what they sow.

PiCoin Mining in a Nutshell

The Pi network app is free, but remember that you need a referral code to create your account. After setting up your account, you can start mining by pushing the lightning/bolt button, and every mining session lasts 24 hours.

Every PiCoin you mine goes to your Pi wallet, which is protected by the Know Your Customer (KYC) security protocol.

The Pi network was developed by Nicolas Kokkalis and Chengdiao Fan, two Stanford University students, so there might be a promising future for this new cryptocurrency in terms of value. But to this day, there is no proof that PiCoins will be eligible to join blockchain technology, which is the gateway to monetizing this digital coin.

The truth is that the cryptocurrency world is unpredictable, so for now, look at the Pi network as a mining game platform. Choose your character and have some fun.

PiCoins don't hold a candle to Bitcoins, but they are the talk of the crypto world, so you should acquire the necessary facts. If you want a usable and, more importantly, valuable cryptocurrency, Bitcoin wins the game at every turn. But remember, every valuable property comes with a risk, and Bitcoin is no exception. Although Bitcoin is the most popular crypto, its value has fallen more than 60% since January 2022.

However, you can join the Pi network if you have a curious nature and don't mind spending time mining a coin with an unpredictable and uncertain future.

No one thought that someday Bitcoin would be worth a penny rather than thousands of dollars.

You need an account in order to star coins, keep track of your portfolio, set up alerts, vote on coins as well as use all the other advanced features.

We need your HELP!

For the last 64 months, we have enjoyed working relentlessly to build a service we feel the crypto community deserves. Your was and still is, our main fuel.

If you've enjoyed using Coinlib and want to help us turn it into a sustainable project, please help us spread the word!